This report examines trust in media, showing that many young adults use news media to make decisions on policies and voting. It reveals that a majority of young adults are concerned about the impact of news on democracy and unity in the country, expressing that news organizations might divide and polarize citizens. Conducted by NORC at the University of Chicago, the report analyzes the findings of a survey of 1,660 adults between the ages of 18 and 34. It also surveyed large samples of African American and Hispanic participants to explore beliefs and behaviors across races and ethnicities. 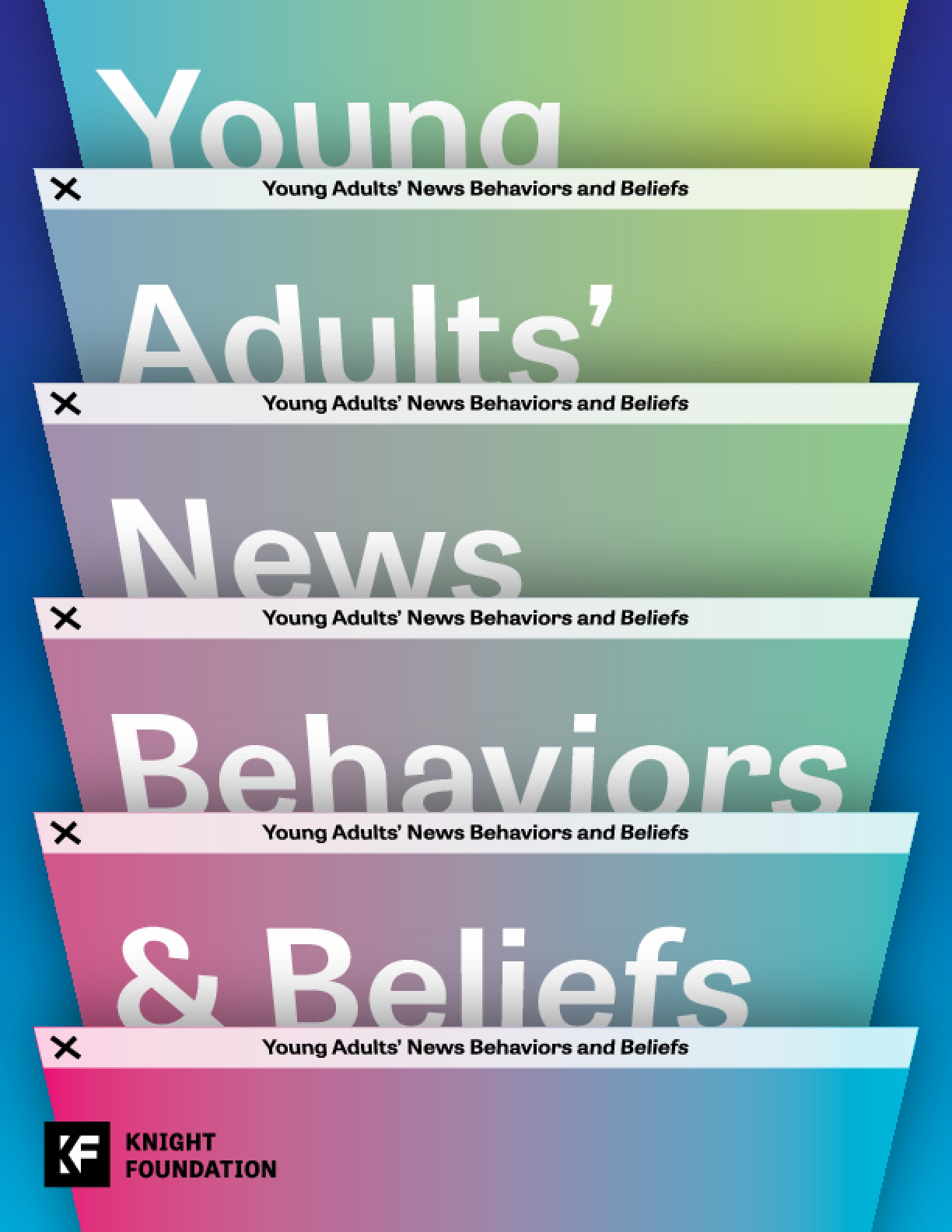