The Consequences of Dropping Out of High School: Joblessness and Jailing for High School Dropouts and the High Cost for Taxpayers

Dropping out of high school is correlated with lower employment prospects, teen and young adult pregnancy, and incarceration, according to this research paper's data analysis. Breaking down these outcomes by variables such as race, age, gender, and family income, it becomes clear that the problems are most severe among men and African-Americans. Lastly, the researchers present the economic costs to society of this phenomenon. 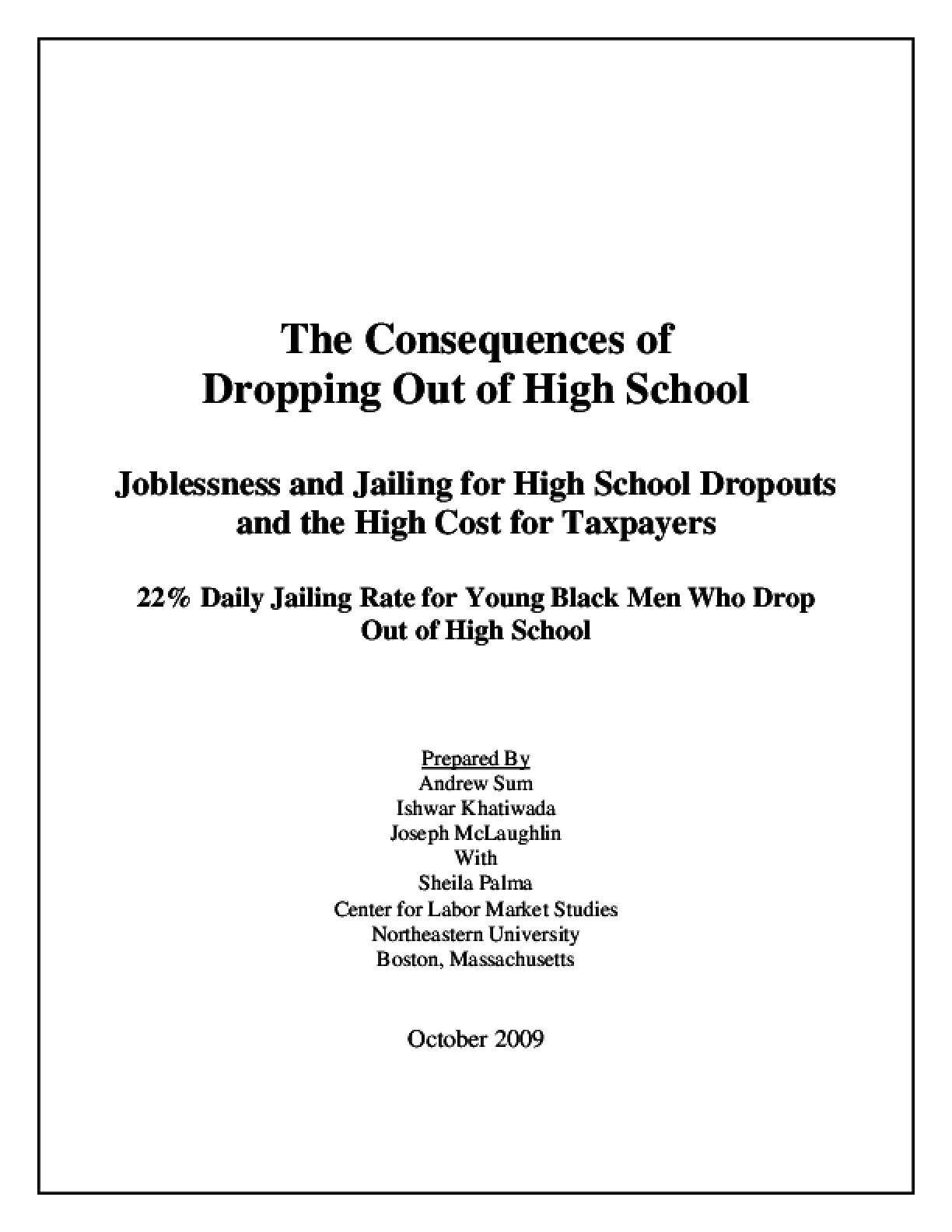