This paper, based on research conducted during August and September of 2020, shares findings from a second phase of research investigating the elements of successful strategies employed by high-performing arts organizations. Phase I, conducted in early 2020, examined the strategies employed by 10 visual and performing arts organizations that financially outperformed others and 10 that once performed poorly but engineered a turnaround. It also explored the conditions in which these strategies appeared to succeed.

Phase II explores whether findings similar to those of Phase I would emerge with high-performing organizations in the performing and community-based arts sectors that primarily serve communities of color,1 with lower average budget size than those in the initial cohort, and during the COVID-19 pandemic. Despite the pandemic and key differences in organizational characteristics, many of the elements described by leaders of these organizations of color were identical to those that emerged in Phase I while others were depicted quite differently, and several new elements and connections emerged. 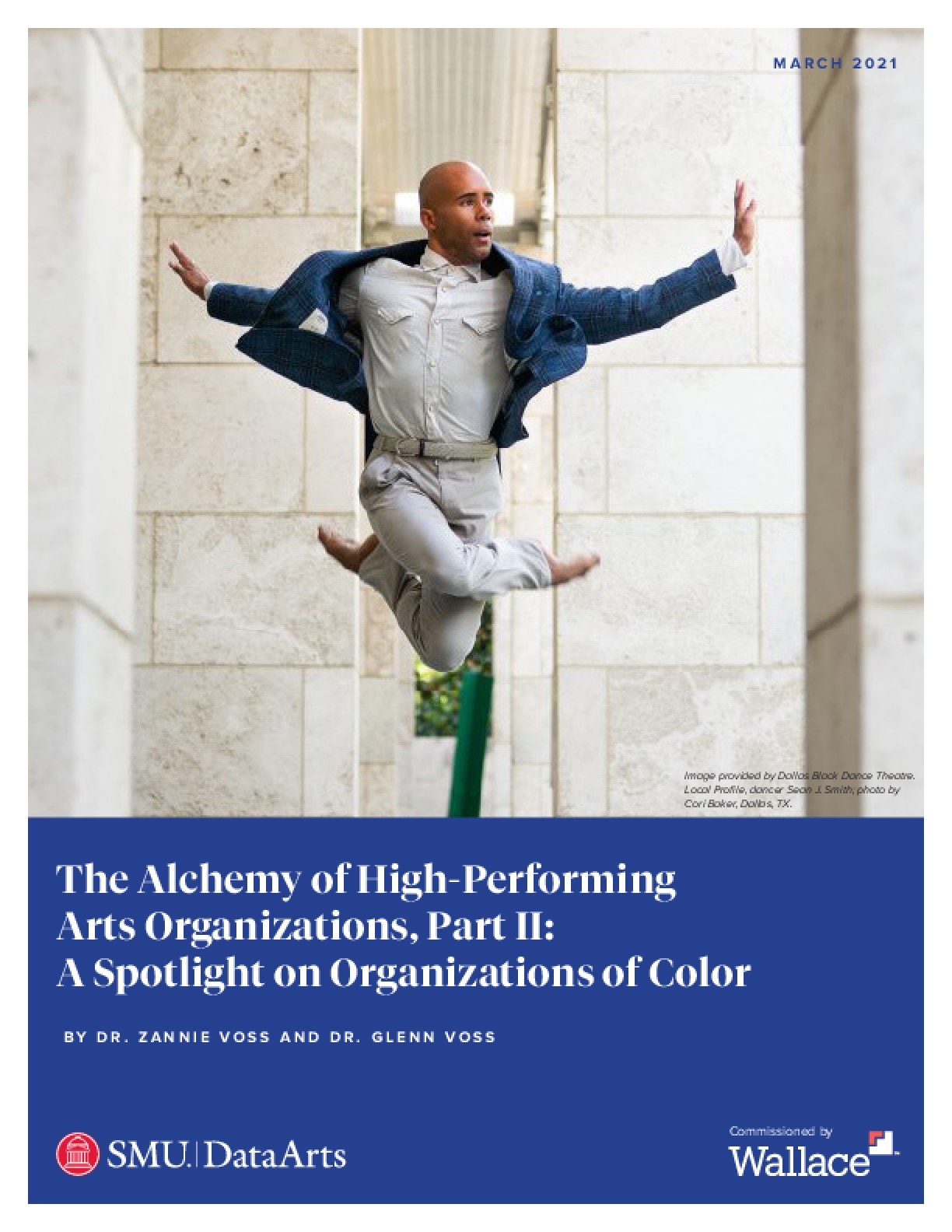