Slamming the Door on Development: Analysis of the EU's Response to the Pacific's EPA Negotiating Proposals

In 2000, the African, Caribbean and Pacific (ACP) group of countries signed the Cotonou Partnership Agreement with the European Union (EU) that bound the signatories to renegotiate their trading relationship in a manner that would "promote and expedite the economic, cultural and social development of the ACP Statesâ€¦[and] centred on the objective of reducing and eventually eradicating poverty". The EU has long been actively involved in the Pacific, initially through colonial rule and influence by its member states. As a number of EU states have pulled back from the Pacific, the executive arm of the EU, the European Commission (EC), has played a stronger role in managing development funding through successive European Development Funds (EDFs). This funding has been welcomed by governments and many civil society organisations (termed Non-State Actors by the EU). The EU has pledged to continue its development cooperation activities irrespective of the outcomes of the current EPA negotiations. 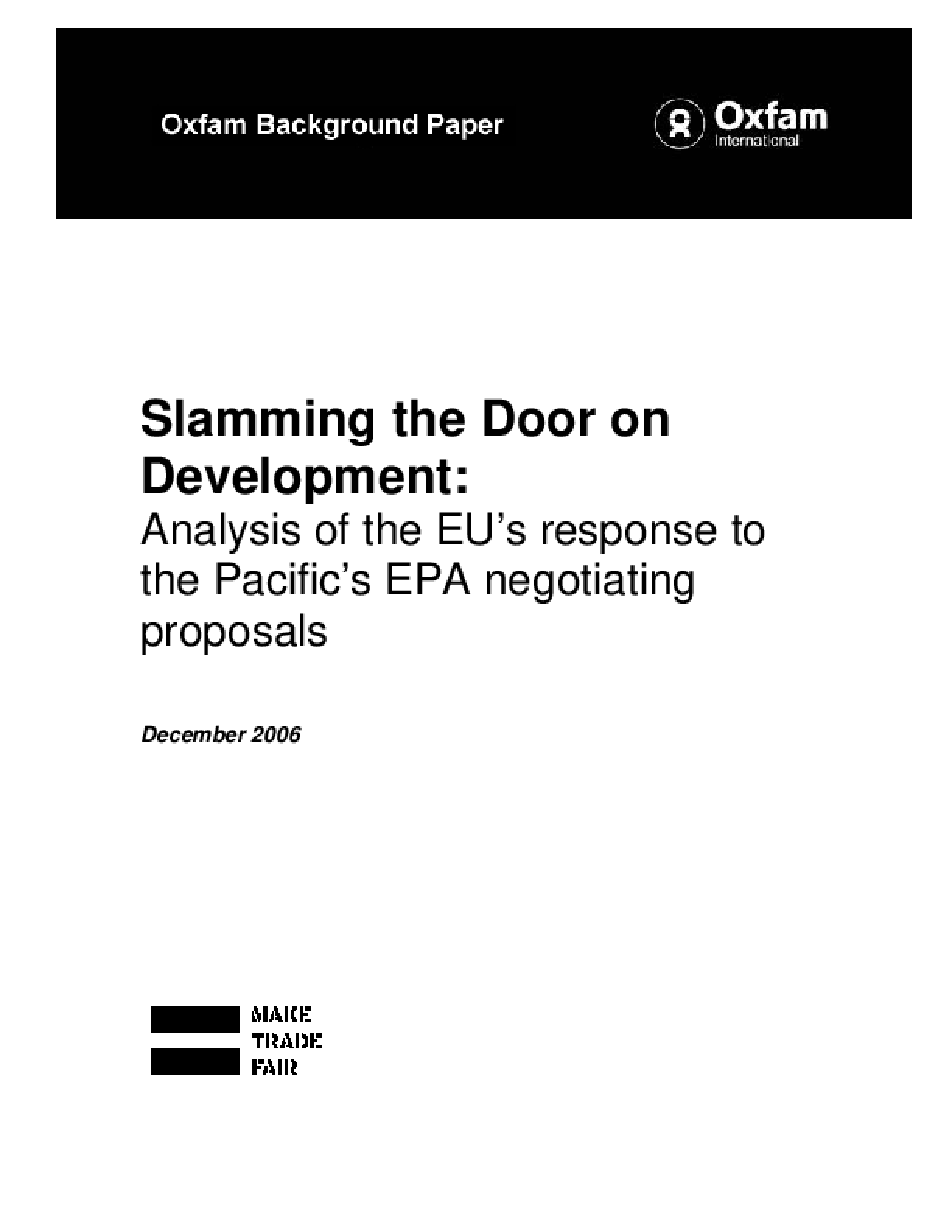