South Sudan's refugee children in Uganda face an education emergency. Uprooted from their homes by famine and violence, more than half a million have fled across the border into northern Uganda – one of the poorest parts of one of the world's poorest countries.

The Ugandan government has responded to the refugee crisis with extraordinary generosity. The same cannot be said of the international community.

Donor governments have funded just 17% of the UN appeal for the South Sudan refugee response in Uganda this year. The response to the education emergency that the refugee crisis has precipitated has bordered on derisory. Only a small fraction of the grossly inadequate $61.6m appeal for education has been delivered, denying the vast majority of children access to education.

This report challenges donor governments and international agencies to do better. It sets out a plan of action which, if implemented, could deliver good-quality universal pre-primary, primary and secondary education for South Sudanese refugee children in Uganda at an average cost of $132 million a year for three and a half years. It also points to possible sources for this financing.

Refugee children and their parents consistently identify education as a priority. They see schooling as a source of hope and opportunity – and they are right. It is time for the international community to listen to their voices. 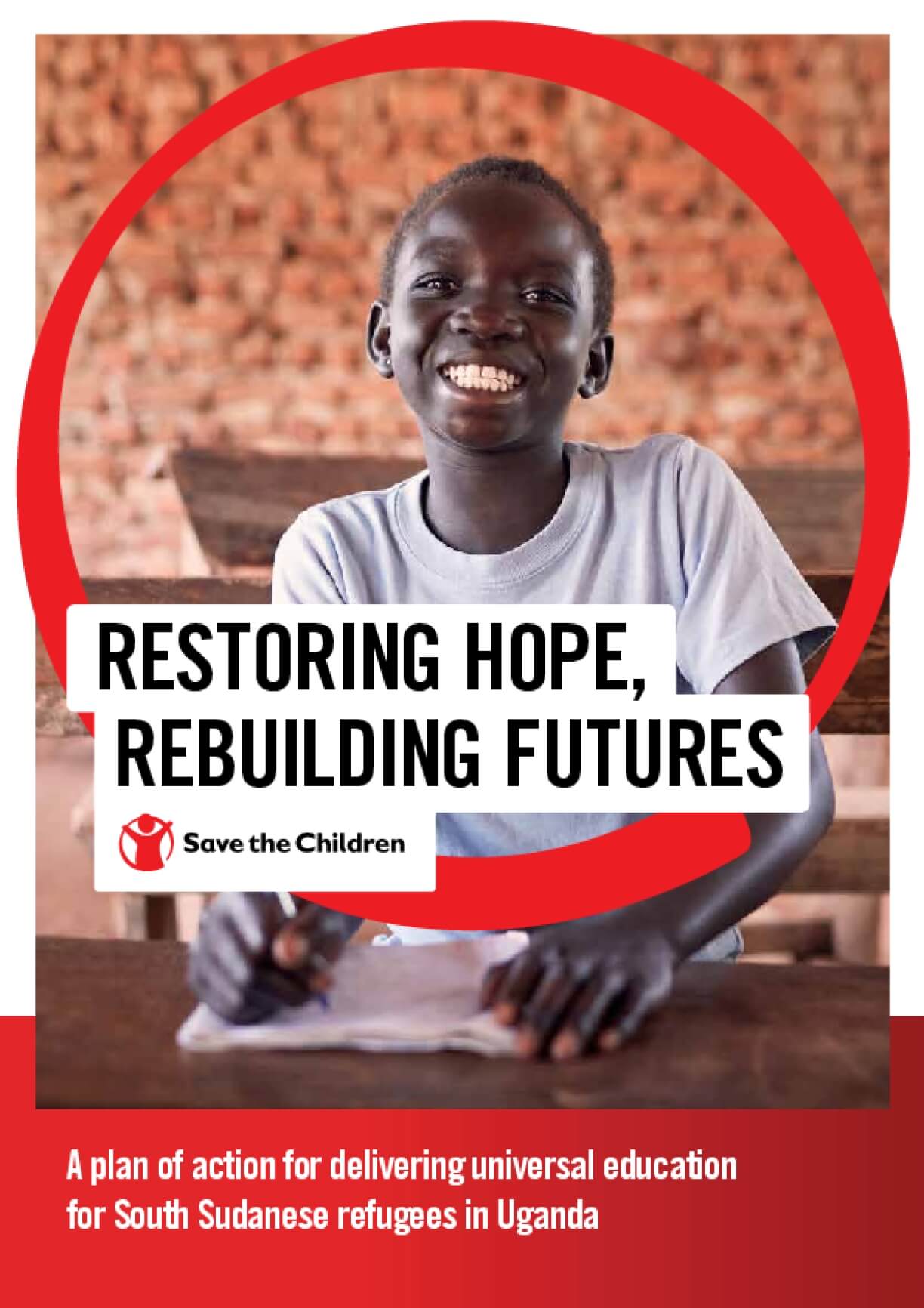