Unprecedented economic growth, which has lifted millions out of poverty in Asia and the Pacific, is putting heavy pressure on ecosystems. Increasing unsustainable consumption patterns have led to worsening air pollution, water scarcity and waste generation and threaten human and environmental health. Increased demand for fossil fuels and natural resources - extensive agriculture, palm oil and rubber plantations, aquaculture and the illegal trade in wildlife – are causing environmental degradation and biodiversity loss. Countries are taking action towards a green growth path but, despite increased investments for example in renewable energy, the exploding demand risks undoing development gains. The situation is exacerbated by adverse climate change effects and an increasing number of natural disasters, which are causing devastating human and financial losses in the region. Extreme climate events are projected to become the new normal. The GEO-6 report looks at the state of play in key areas, highlights drivers of environmental impacts and looks at ways to address them. 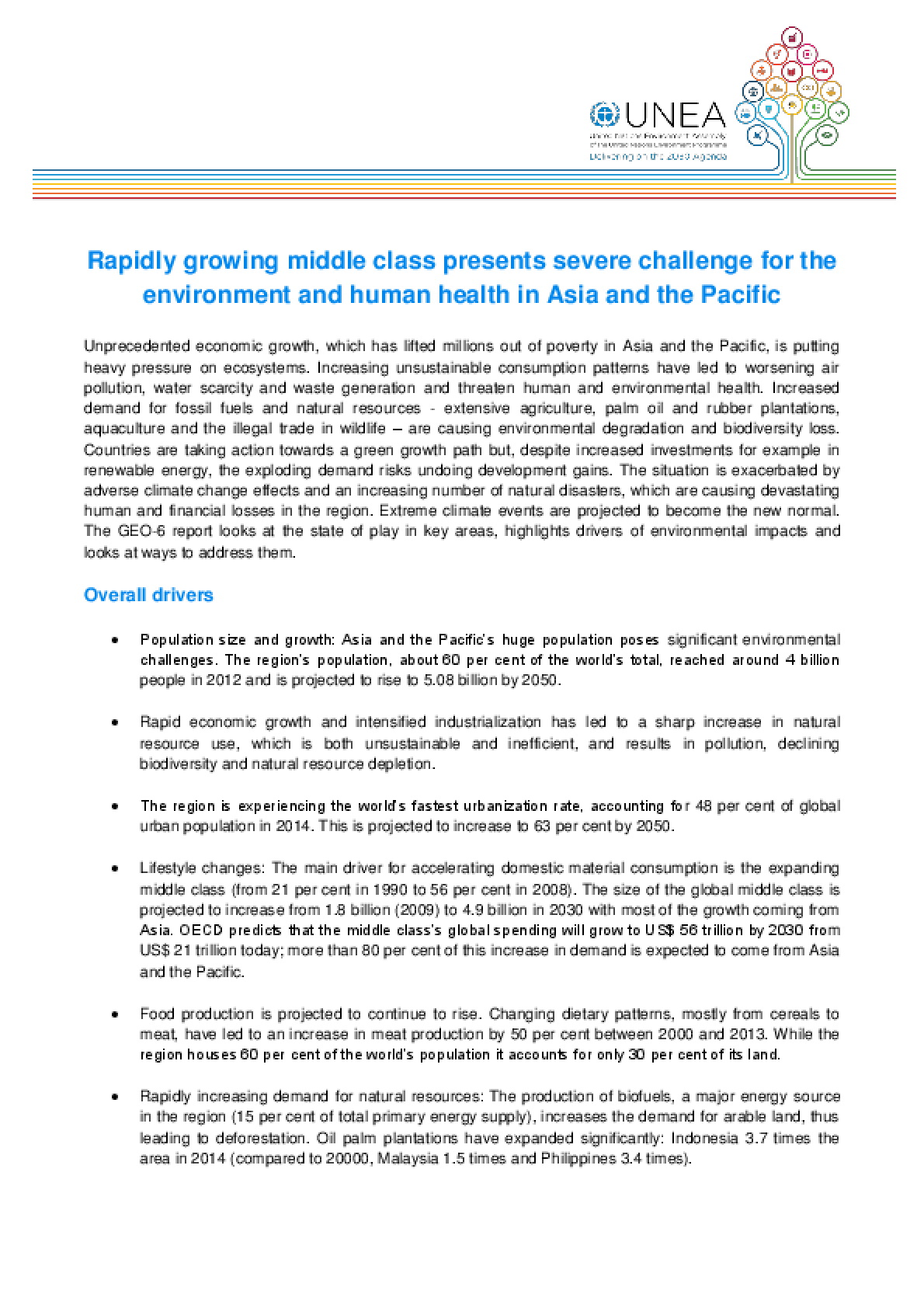