Opening and maintaining a checking or savings account at a credit union or bank are crucial steps for establishing the kinds of relationships with financial institutions that lead to qualifying for credit and developing assets. An estimated 22.2 million households or 56 million adults in the U.S. did not have a bank account in 2002. The lack of a bank account is more pervasive among low -income families than higher income families: 83% of families without bank accounts earn less than $25,000 per year. Furthermore, as many as 22% of low-income families -- more than 8.4 million families earning less than $25,000 -- do not have a checking or savings account. Families in the lowest income group are even less likely to have accounts. An estimated 29.1% of families with incomes in the lowest twentieth percentile ($10,300 or less) are without accounts, which is more than three times the median of 9.1% for all families. Classifying households as either banked or unbanked is conventional in the literature on the use of financial services by low-income households. However, a continuum that encompasses banked, formerly banked, underbanked, marginally banked, aspiring to bank, and unbanked better characterizes the way low-income persons access the broad array of financial services available to them. For example, approximately one -half of those currently without a bank account had one in the past; people may have a bank account and still use alternative financial institutions such as check cashing outlets (CCOs), known as currency exchanges in the Chicago area; and 30% of persons without an account report some kind of ongoing relationship with a bank. In fact, the terms mainstream and fringe or alternative themselves depend on one's perspective. That is, what may be regarded as fringe or alternative in one community might be ordinary and mainstream in another. A bank account can be a vehicle for maintaining and accumulating savings. However, having an account does not ensure that account holders are able to save. For example, although an estimated 78% of families with an annual income less than $25,000 had bank accounts in 2001, 53.4% of this income group reported having saved in the previous year. For households in the lowest income quintile ($10,300 or less), the savings rate is 30.0%. Furthermore, the reasons for saving differ among income levels, with families at lower income levels saving for more immediate expenditures such as rent and holiday gifts, compared with the longer timeframe of savings by higher income groups for future expenditures such as children's education and retirement. 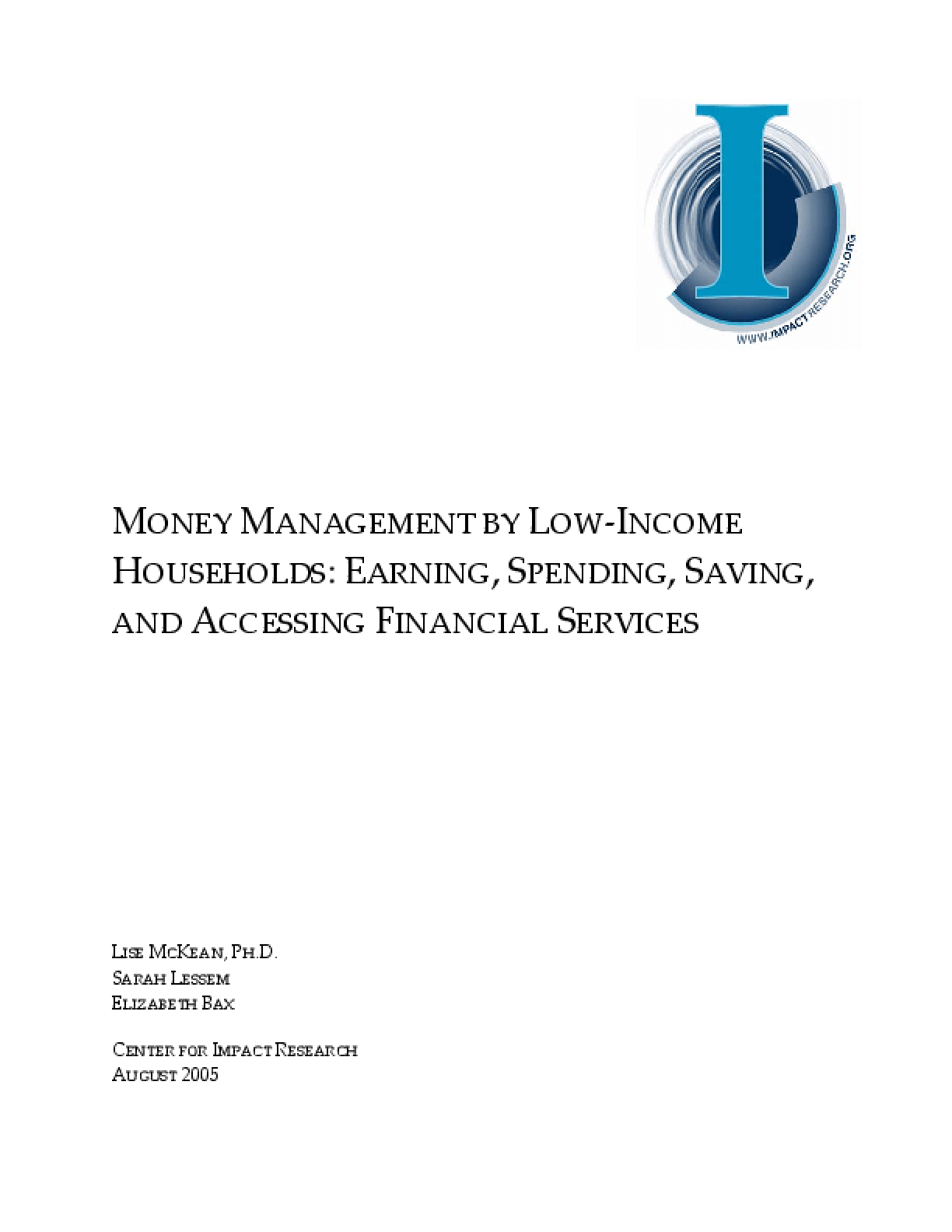