Make Your Own Job The promise of entrepreneurship education

Though still a relatively small phenomenon, entrepreneurial education holds rare promise. NFTE, which inspired Sookoo's business, has served approximately half a million young people since the 1980s. A handful of other entrepreneurship-education programs aim to inculcate similar skills in young people as well as those already in the labor market. The Ewing Marion Kauffman Foundation, for instance, funds the free 1 Million Cups program, which hosts gatherings in more than 100 communities for potential entrepreneurs to learn how to start businesses, and online FastTrac courses as well. 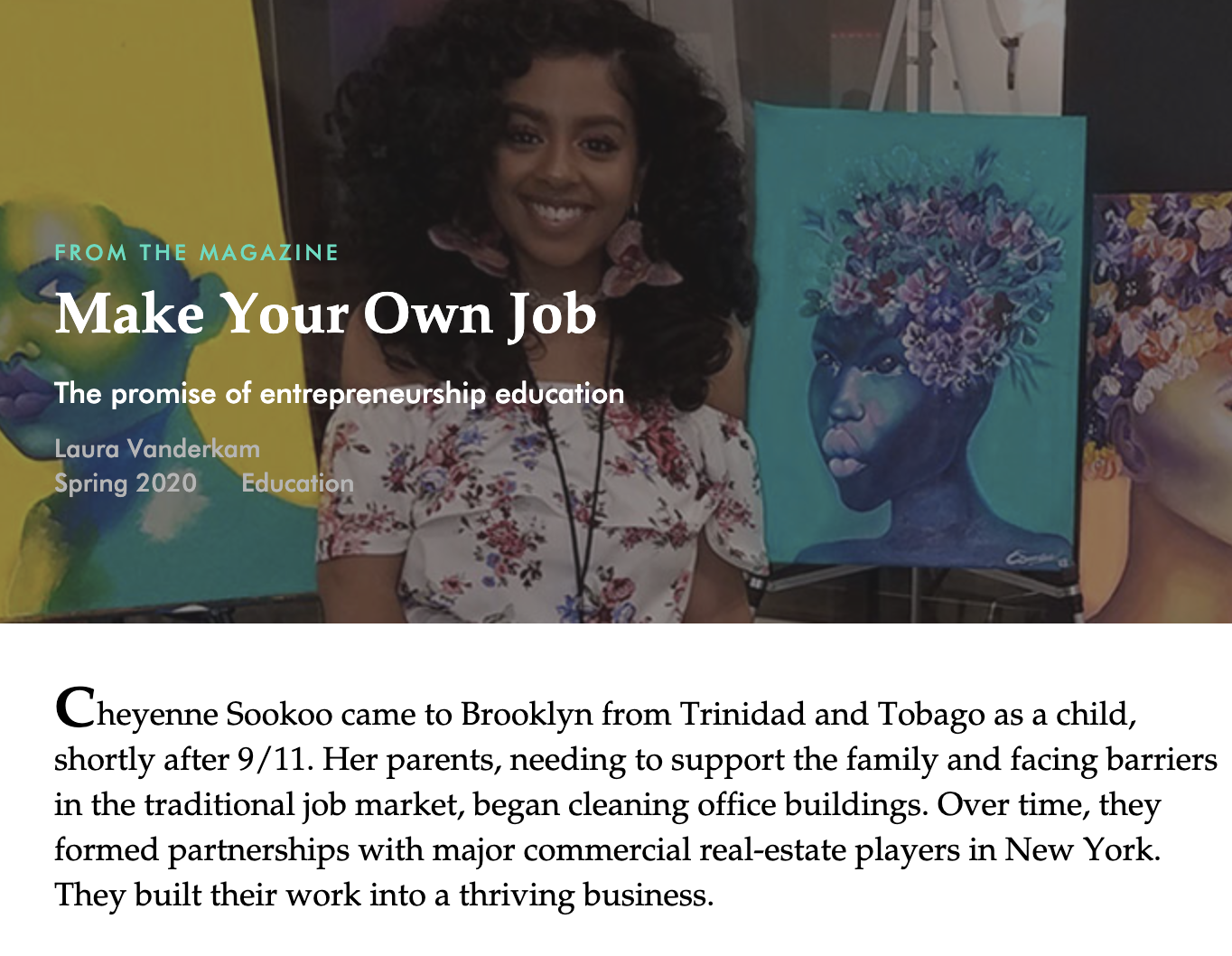