Understanding the horizontal and vertical habitat of olive ridley sea turtles (Lepidochelys olivacea), a threatened species, is critical for determining regions for protection and relevant gear modifications that may effectively reduce bycatch, the largest threat to this species. Satellite transmitters were used to determine the movement and dive behavior of 21 female olive ridley turtles tagged in Pongara National Park, Gabon during the 2012, 2013, and 2015 nesting seasons. A switching state-space model was used to filter the tracking data and categorize the internesting and post-nesting movements. Gridded utilization distribution (UD) home range analysis of tracking data revealed that the entire core habitat occurred in the Komo Estuary during the internesting period. Within the Komo Estuary, 58% of this core UD occurred in shipping lanes. Dive data from the 2015 tagging season revealed that during the internesting period, turtles spent the majority of their time resting on the estuary seabed. Approximately 20% of all dive time was spent on the bottom and all maximum dive depths corresponded to the depth of the seabed, indicating that bottom set gear during the internesting period may pose the greatest potential for fisheries interactions. National parks currently protect many of the nesting sites and the Gabon Bleu initiative has formally designated 10 new marine parks and a network of community and industrial fishing zones; this data was a layer used in determining the park and zone boundaries. Shared use of the estuary by fisheries, shipping, and olive ridley turtles creates a need for management measures to reduce interactions. Thus, the results from this study can further provide detailed information that can be used to support the development of evidence-based management plans. 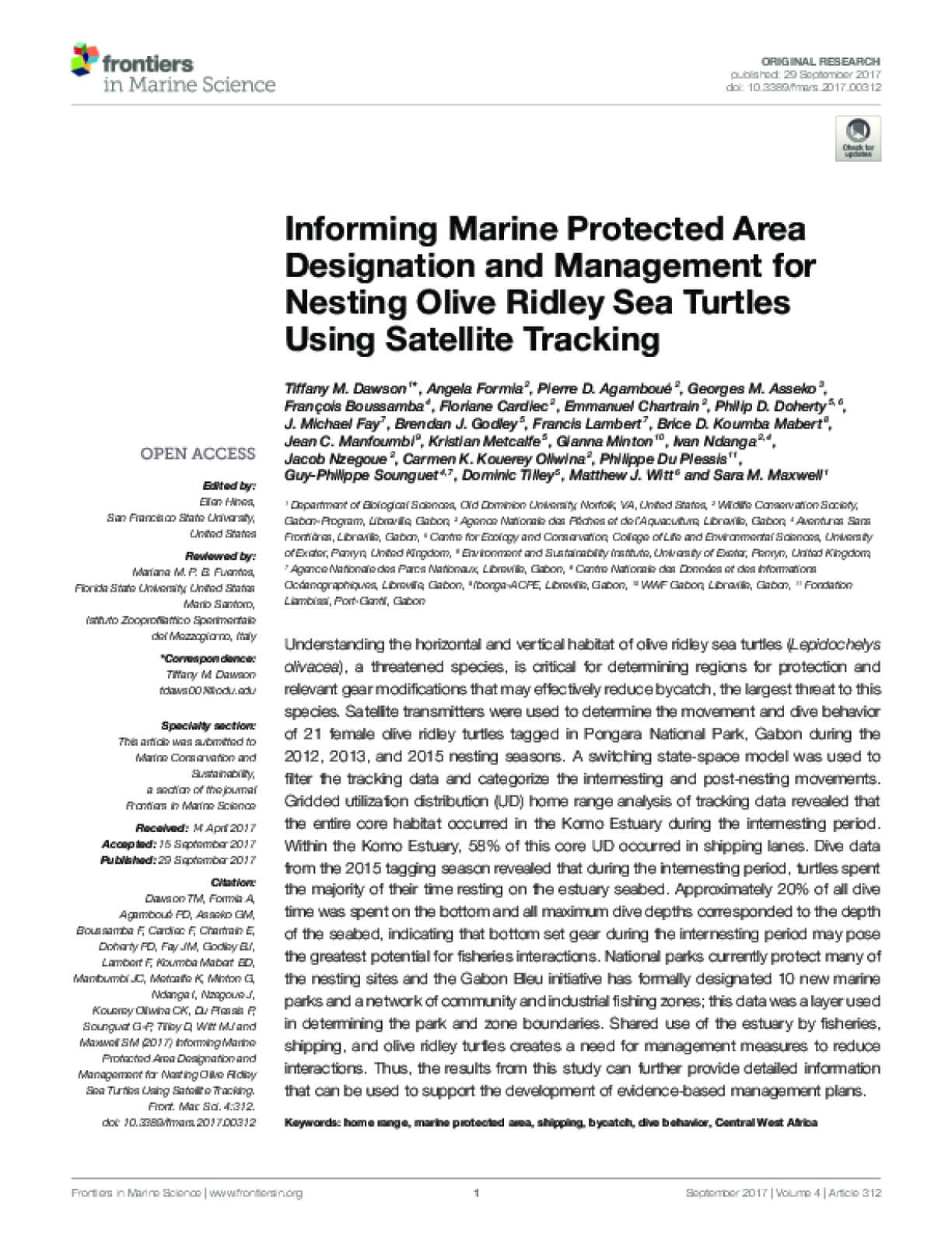