Human trafficking has become one of the most lucrative criminal enterprises around the world. The magnitude of this crime is also significant at the local level, with California ranking as one of the nation's top four destination states for trafficked individuals. This report is a commissioned study of human trafficking in Silicon Valley. The findings presented in this report are intended to spark conversation, identify opportunities for cross-sector collaboration and further study, while also presenting a focused set of recommendations geared toward addressing this evolving problem. The study draws heavily on data gathered from community-based organizations located in Santa Clara and San Mateo counties. A survey was completed by case managers at 11 of these organizations to capture information from case files on 232 trafficking victims who were served between 2011 and 2013. In-depth interviews were also conducted with 21 case managers at these same organizations. Key findings: 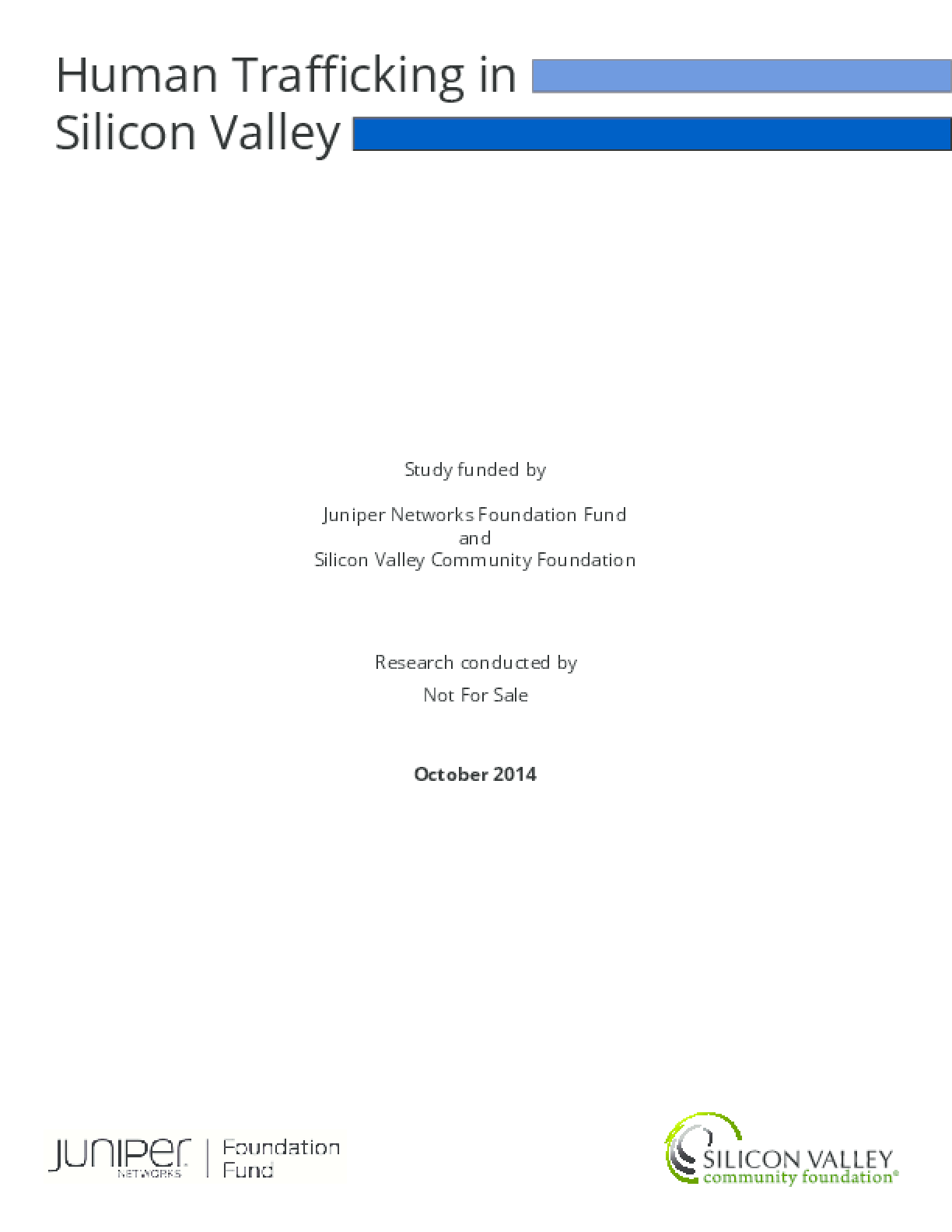