Global Trends in Renewable Energy Investment 2017, published on April 6th by UN Environment, the Frankfurt School-UNEP Collaborating Centre, and Bloomberg New Energy Finance, finds that all investments in renewables totaled $241.6 billion (excluding large hydro). These investments added 138.5 gigawatts to global power capacity in 2016, up 9 per cent from the 127.5 gigawatts added the year before.

Investment in renewables capacity was roughly double that in fossil fuel generation; the corresponding new capacity from renewables was equivalent to 55 per cent of all new power, the highest to date. The proportion of electricity coming from renewables excluding large hydro rose from 10.3 per cent to 11.3 per cent. This prevented the emission of an estimated 1.7 gigatonnes of carbon dioxide.

The total investment was $241.6 billion (excluding large hydro), the lowest since 2013. This was in large part a result of falling costs: the average dollar capital expenditure per megawatt for solar photovoltaics and wind dropped by over 10 per cent.

"The investor hunger for existing wind and solar farms is a strong signal for the world to move to renewables," said Prof. Dr. Udo Steffens, President of Frankfurt School of Finance & Management, commenting on record acquisition activity in the clean power sector, which rose 17 per cent to $110.3 billion. 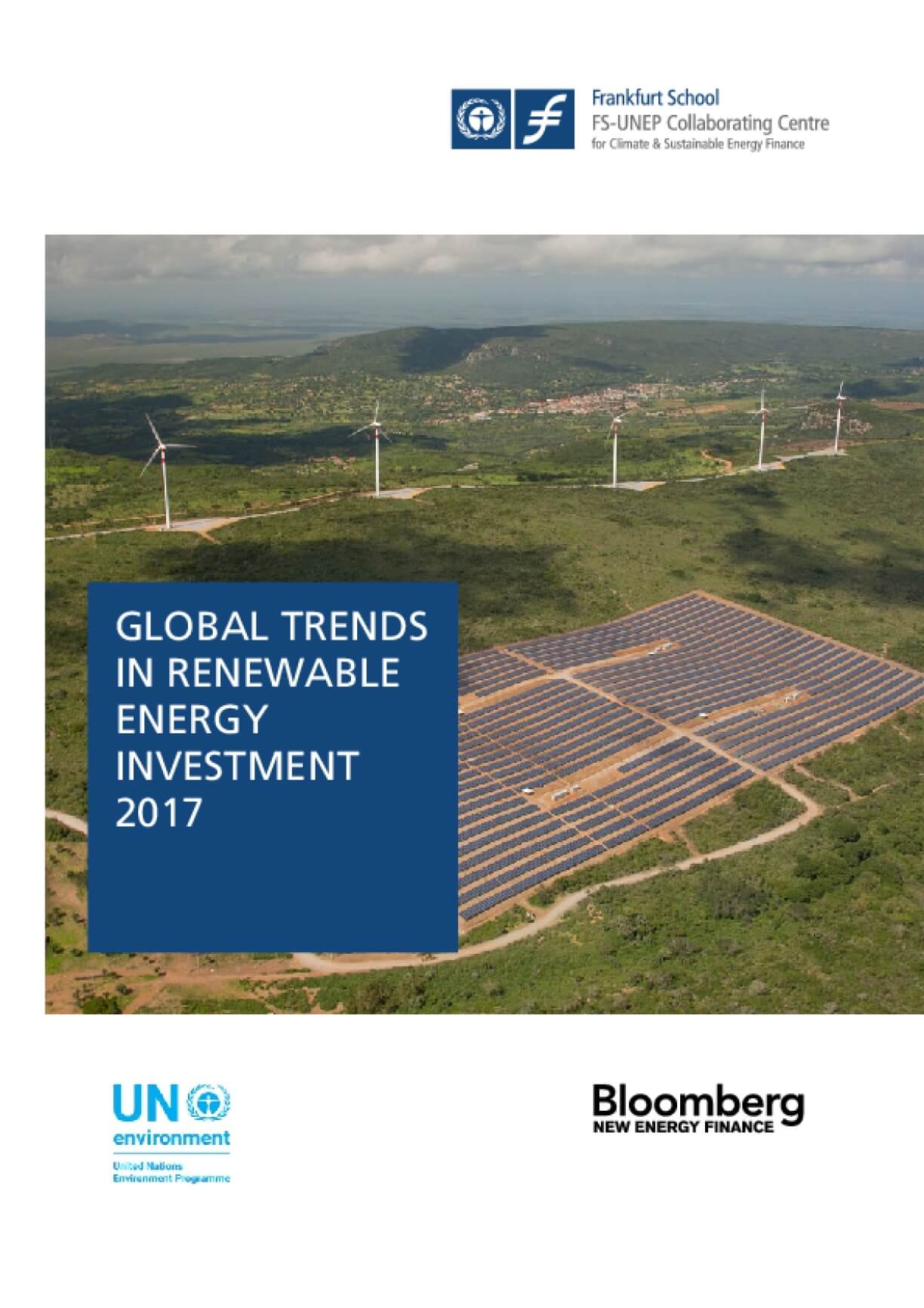