Getting to BRT: An Implementation Guide for U.S. Cities

While momentum in recent decades has elevated bus rapid transit (BRT) as more than an emerging mode in the U.S., this high-capacity, high-quality bus-based mass transit system remains largely unfamiliar to most Americans. In the U.S., lack of clarity and confusion around what constitutes BRT stems both from its relatively low profile (most Americans have never experienced BRT) and its vague and often conflicting sets of definitions across cities, sectors, and levels of government. As a result, many projects that would otherwise be labeled as bus improvements or bus priority under international standards have become branded in American cities as BRT. This leads to misperceptions among U.S. decisionmakers and the public about what to expect from BRT. Since its inception in Curitiba, Brazil, BRT has become a fixture of urban transport systems in more than 70 cities on six continents throughout the globe. Just twelve BRT corridors exist in the United States so far.

This guide offers proven strategies and insights for successfully implementing BRT within the political, regulatory, and social context that is unique to the United States. This guide seeks to illuminate the upward trends and innovations of BRT in U.S. cities. Through three in-depth case studies and other examples, the guide shares the critical lessons learned by several cities that have successfully implemented, or are in the midst of completing, their own BRT corridors. Distinct from previous BRT planning and implementation guides, this is a practical resource to help planners, and policy makers specifically working within the U.S. push beyond the parameters of bus priority and realize the comprehensive benefits of true BRT. 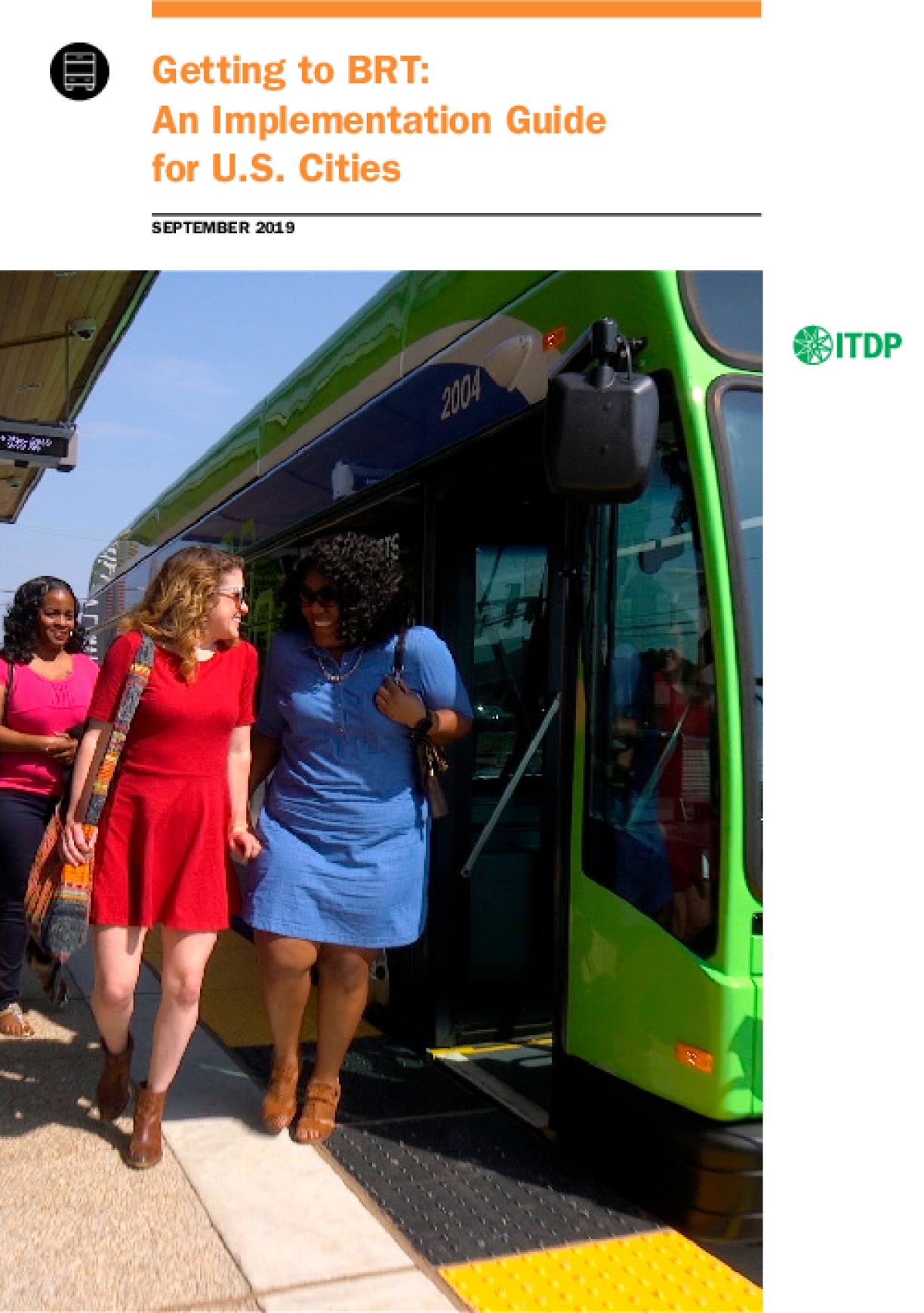