In 1999, CCH started its Day Labor Organizing Project. The project grew from a survey of over five hundred interviews with homeless individuals, conducted in shelters during one evening. The results showed that many of those surveyed were employed, but three-fourths had day labor jobs. Eighty-two percent of these jobs had wages of $5.50 or less, which were too insufficient to enable them to rent their own apartment. CCH worked from 1999 until 2002 on the abuses common to the day labor industry: no pay for overtime, transportation fees, and race, gender, and age discrimination. Day laborers continued to face homelessness because, ultimately, even under the best working environment, temporary work at low wages leaves workers in poverty. While organizing in shelters with day laborers, CCH discovered that job seekers were seeking services at local Workforce Centers. Often referred to as One-Stop centers because of the concentrated services available in one place, the centers are supposed to be a resource to job seekers that provides career training and employment services to the unemployed and underemployed. Job seekers, particularly day laborers, sought services that would lead to permanent work at livable wages. As organizers from CCH continued to hear from One-Stop clients living in shelters, we found that many were being placed into temporary jobs with low-wages and their need for skills training was not being met. The Chicago Coalition for the Homeless developed a test project to evaluate the effectiveness of the services at the One-Stop centers from January to July of 2004. The project shadowed 16 One-Stop participants as they navigated the system of services over a period of six months, as well as spoke to over 35 job seekers during that same period. To broaden the scope of our research, in August and September of 2004 CCH organized 30 volunteers from the community to survey participants at the One-Stop centers throughout the city. This report is the result of 170 interviews conducted during that time period. Overall, the research revealed that respondents were not satisfied with the services they received through the One-Stop centers. Had respondents received the services they requested, they may have been able to achieve self-sufficiency through wage or skill increases. However, over half of respondents did not receive the services they requested. While many people reported that developing a career plan with a job developer was beneficial, only one-fifth of respondents had created one. Also, most respondents received job training (69 percent), but 45 percent of those individuals reported that job training was not geared toward job placement. 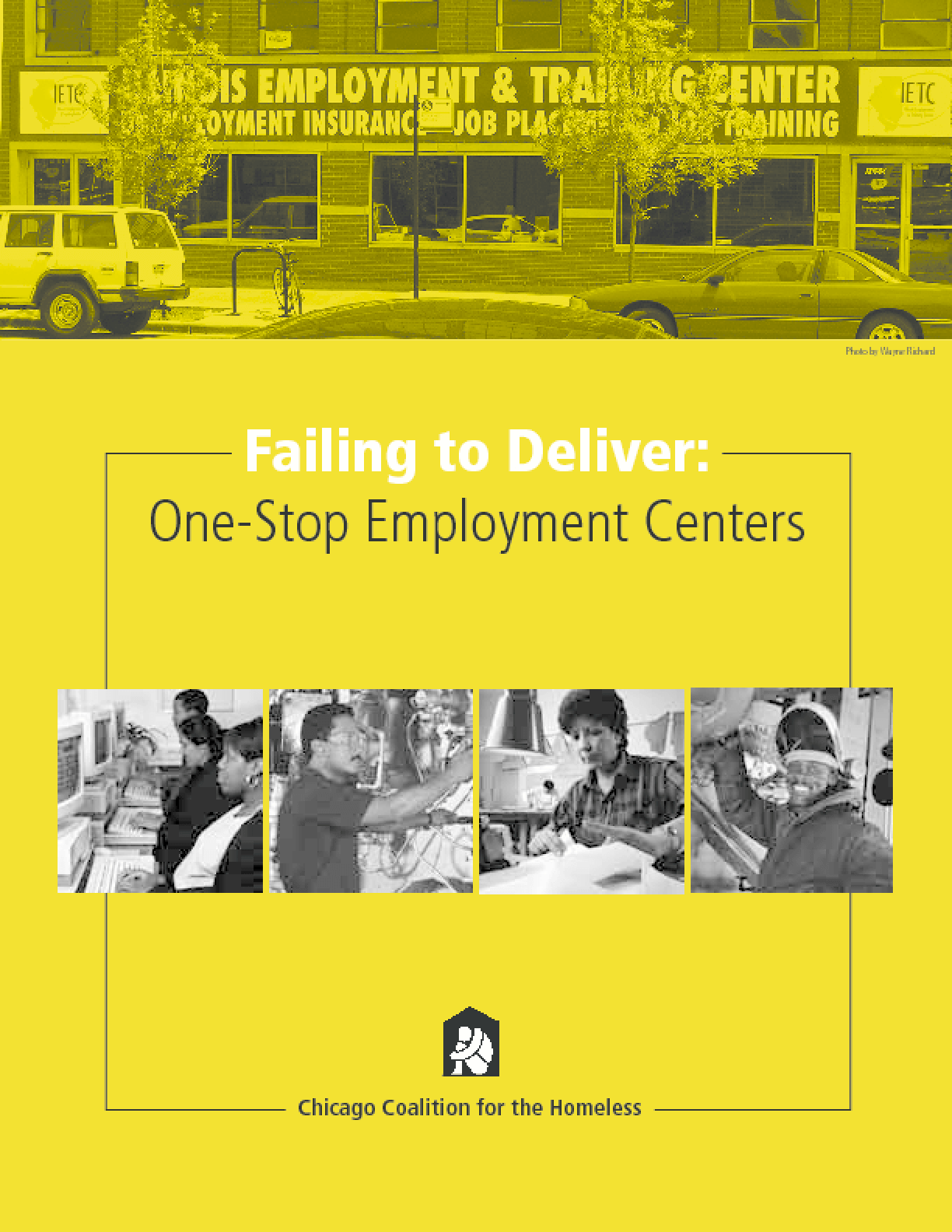