Ex-Offenders and the Labor Market

We use Bureau of Justice Statistics data to estimate that, in 2008, the United States had between 12 and 14 million ex-offenders of working age. Because a prison record or felony conviction greatly lowers ex-offenders' prospects in the labor market, we estimate that this large population lowered the total male employment rate that year by 1.5 to 1.7 percentage points. In GDP terms, these reductions in employment cost the U.S. economy between $57 and $65 billion in lost output. 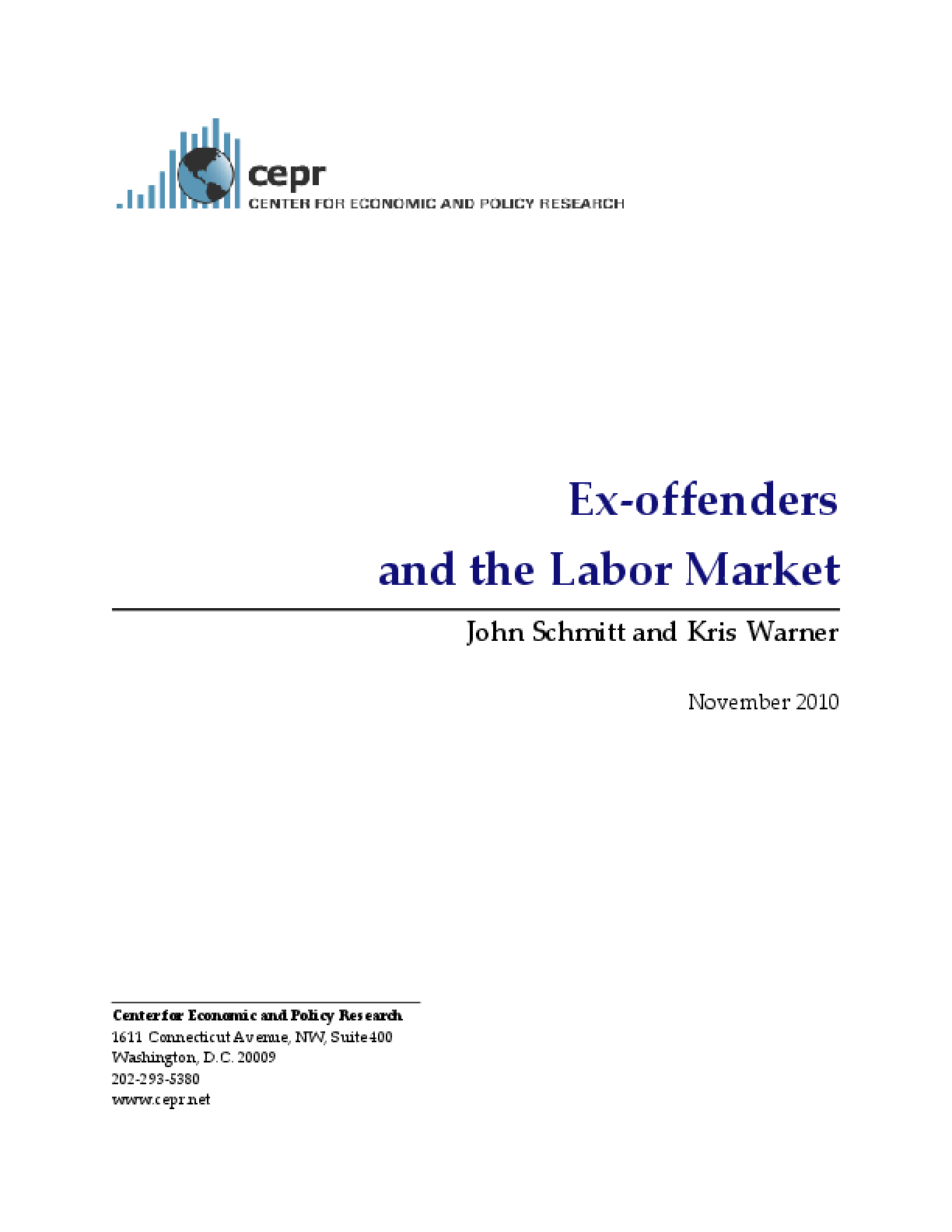