The River Basin Programme has worked in Bihar since 1999 and has partnered with various local NGOs over the years. Initially focusing on relief, it has over time moved towards flood preparedness and small-scale mitigation activities. This evaluation report addresses the question of the impact of the Disaster Risk Reduction (R) interventions before, during and after floods especially on poor vulnerable households and target groups like women, disabled and minorities (religious, ethnic and castes) in the RBP assisted communities of Bihar state. The mid-term evaluation in India was conducted in December 2007 as part of a cross-country evaluation covering three countries of India, Bangladesh and Nepal where the RBP is implemented. 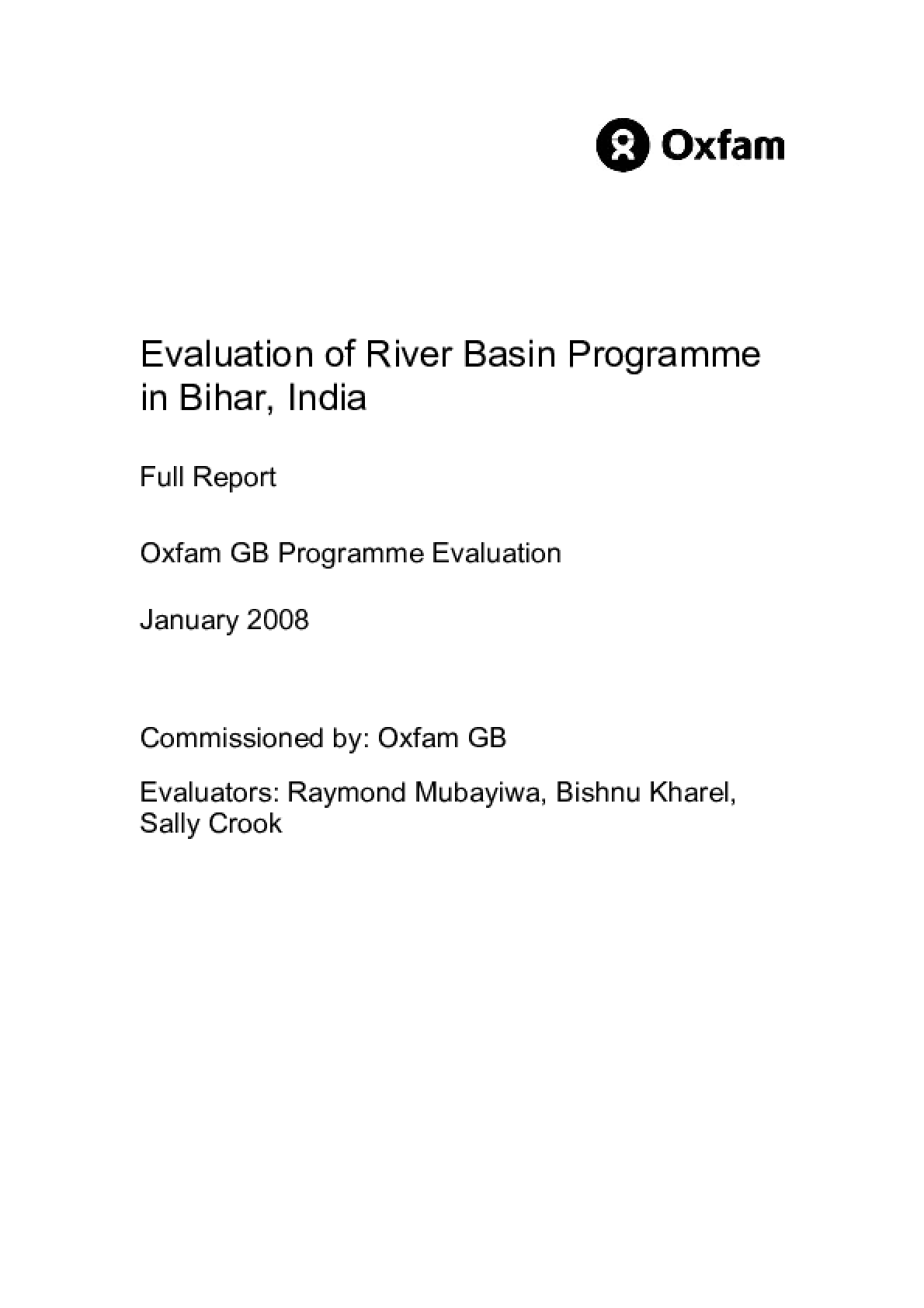