Big Box Backlash: The Stealth Campaign at the World Trade Organization to Preempt Local Control Over Land Use

As communities across the United States and elsewhere are increasingly successful in their effort to limit "big box" store expansion and destructive retail practices through transparent and accountable measures at the local level, Wal-Mart and other retailers have pursued rules at the World Trade Organization (WTO) which threaten to preempt, or at the very least chill, these local laws. These rules are part of the General Agreement on Trade in Services (GATS). In 1994, the United States committed retail and wholesale distribution, as well as the hotel and restaurant sectors, to the terms of the GATS, one of 17 Uruguay Round agreements enforced by the Geneva-based World Trade Organization (WTO). The GATS expansive "market access" rules are geared toward facilitating the entry of foreign service providers into the U.S. market by incorporation or acquisition of U.S. firms. These GATS rules forbid limits on the number of services suppliers, as well as measures that would reduce the value of a service transaction or limit the number of employees. Policies containing economic needs tests, like that in the city of Los Angeles for very large retail operations, are explicitly forbidden. Unless the United States takes action to fix this problem in the current round of negotiations, local governments could see challenges to state and local land use laws brought before WTO tribunals, which are empowered to authorize trade sanctions against countries that refuse to conform their domestic policies to WTO dictates. Across the country, state and local officials are working to put laws in place to protect their communities, their environment, their wage base and tax dollars by putting land use limits on "big box" retailers, as well as retail chains and other development projects they deem destructive to the community or the environment or out of step with local needs and planning. 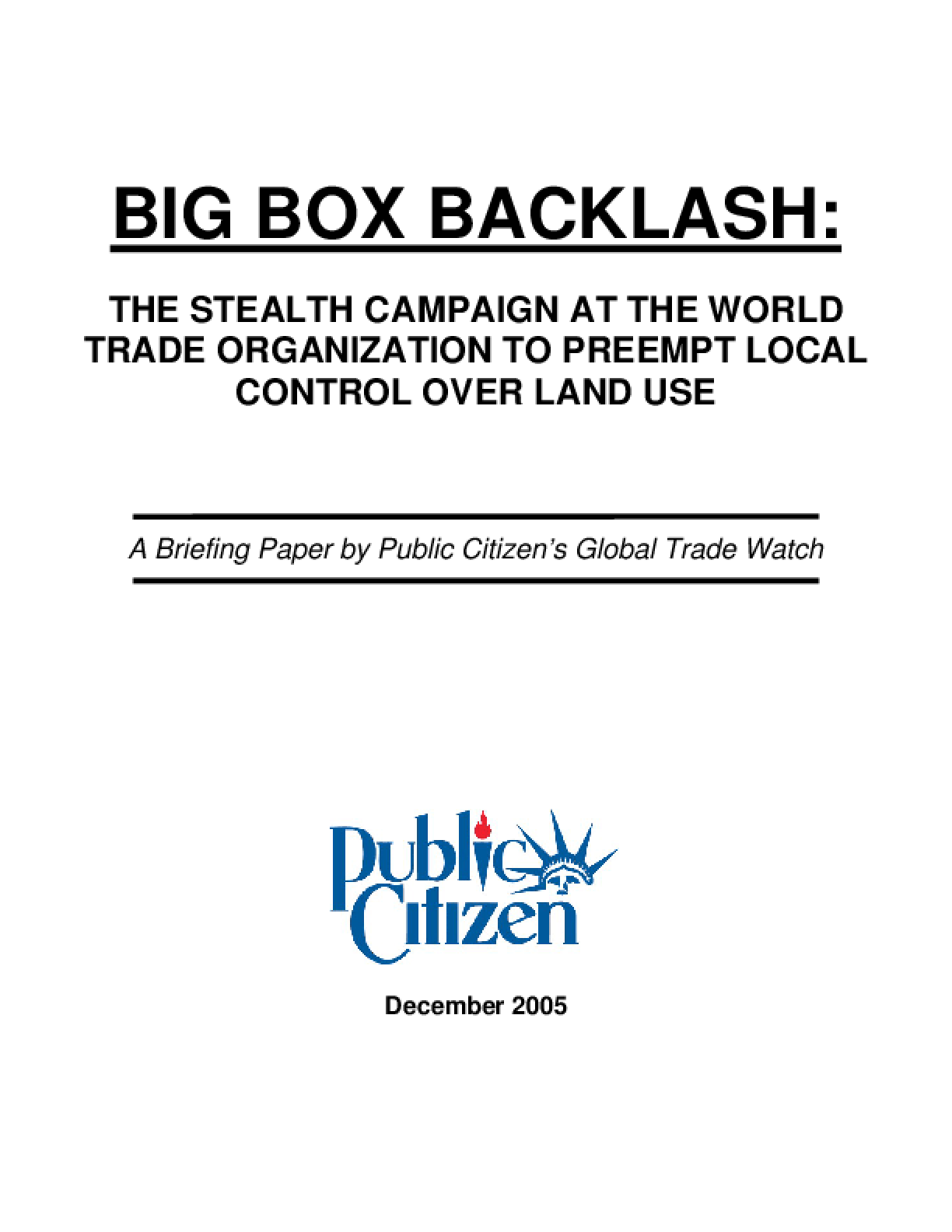