Government reformers and advocates believe that two contemporary phenomena hold the potential to change how people engage with governments at all levels. The first is data. There is more of it than ever before and there are more effective tools for sharing it. This creates new service-delivery possibilities for government through use of data that government agencies themselves collect and generate. The second is public desire to make government more responsive, transparent and effective in serving citizens -- an impulse driven by tight budgets and declining citizens' trust in government.

The upshot has been the appearance of a variety of "open data" and "open government" initiatives throughout the United States that try to use data as a lever to improve government performance and encourage warmer citizens' attitudes toward government.

This report is based on the first national survey that seeks to benchmark public sentiment about the government initiatives that use data to cultivate the public square. The survey, conducted by Pew Research Center in association with the John S. and James L. Knight Foundation, captures public views at the emergent moment when new technology tools and techniques are being used to disseminate and capitalize on government data and specifically looks at: 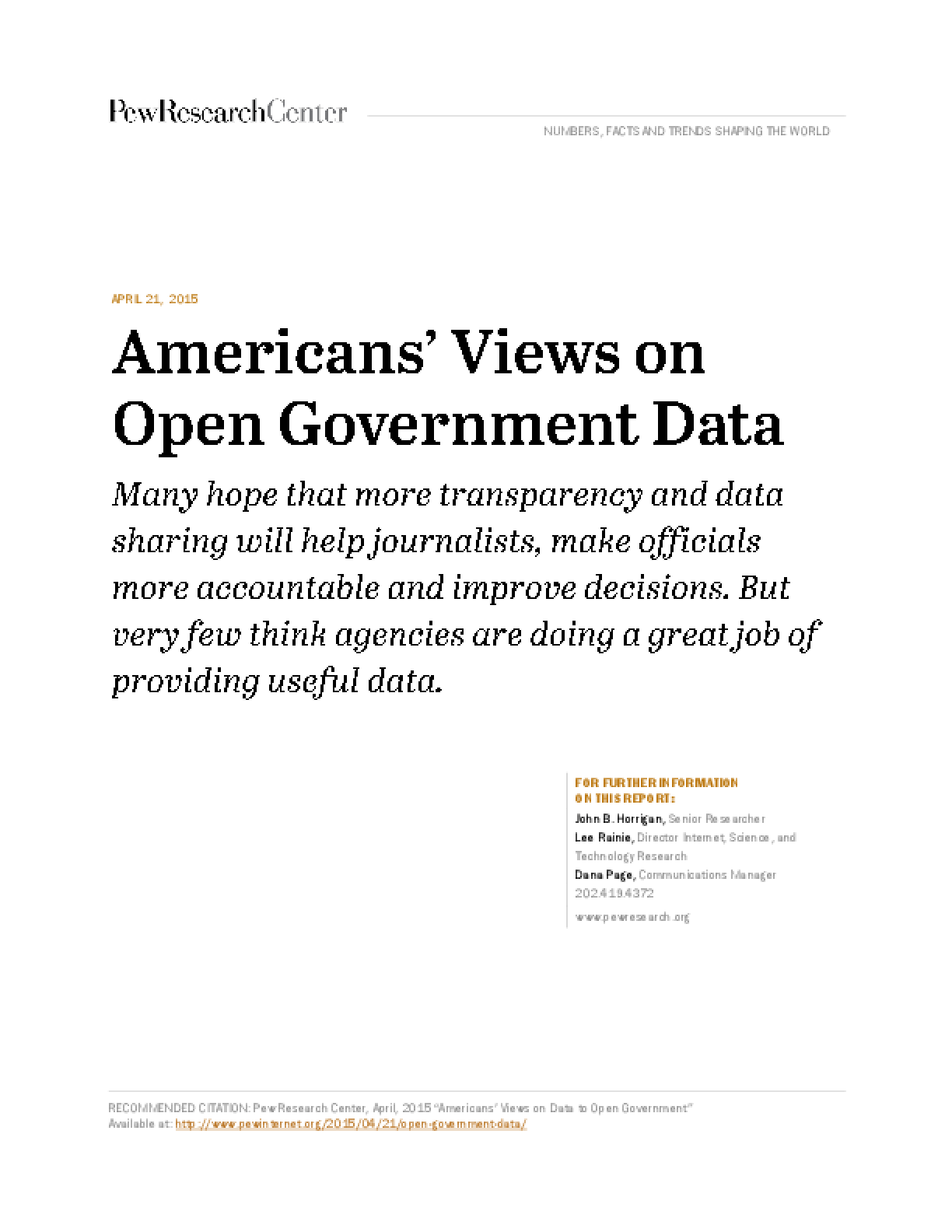