A Roadmap for Change: Federal Policy Recommendations for Addressing the Criminilization of LGBT People and People Living with HIV

Each year in the United States, thousands of lesbian, gay, bisexual, transgender, Two Spirit, queer, questioning and gender non-conforming (LGBT) people and people living with HIV come in contact with the criminal justice system and fall victim to similar miscarriages of justice.

According to a recent national study, a startling 73% of all LGBT people and PLWH surveyed have had face-to-face contact with police during the past five years.1 Five percent of these respondents also report having spent time in jail or prison, a rate that is markedly higher than the nearly 3% of the U.S. adult population whoare under some form of correctional supervision (jail, prison, probation, or parole) at any point in time.

In fact, LGBT people and PLWH, especially Native and LGBT people and PLWH of color, aresignificantly overrepresented in all aspects of the penal system, from policing, to adjudication,to incarceration. Yet their experiences are often overlooked, and little headway has been madein dismantling the cycles of criminalization that perpetuate poor life outcomes and push already vulnerable populations to the margins of society.

The disproportionate rate of LGBT people and PLWH in the criminal system can best be understoodin the larger context of widespread and continuing discrimination in employment, education, socialservices, health care, and responses to violence. 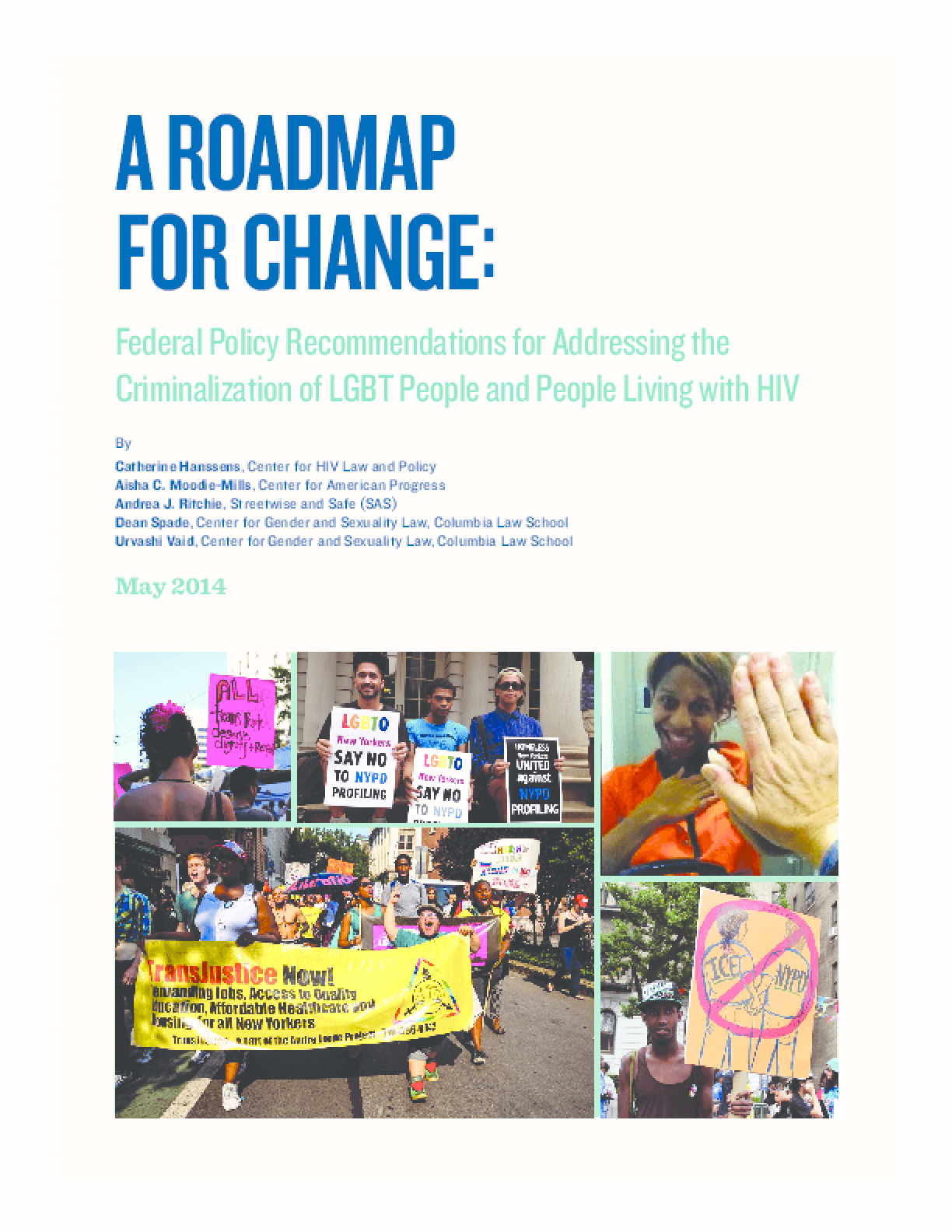