The University of the Philippines Institute of Hygiene and the Rise of a Filipino Sanitarian Regime: Some Provisional Notes

The University of the Philippines (UP) Institute of Hygiene contributed greatly to the country's biopolitical landscape in the 1950s. At the helm of the public health system was a corps of Filipino sanitarians who advocated state-directed health programs as important recipes for the country's postcolonial development and modernization. Affiliated with the Institute of Hygiene in one way or another, this new class of public health officials combined ideas of health citizenship with their own nationalist moorings, but was nonetheless highly receptive to new health technologies coming out of the U.S.'s participation in the Second World War. In 1950, a Rockefeller Foundation (RF) commissioned study assessed the post-WWII Philippines as having a "more favorable standing" compared to Indonesia, Korea, Taiwan, and the People's Republic of China, because of the large number of Filipino doctors in active practice, a large percentage  of which was employed by the government. Filipino sanitarians, therefore, was a phenomenon by itself that calls for a serious historical examination. My research report is an initial effort at writing a history of Filipino sanitarianism. I do this by looking into the UP Institute of Hygiene's early pre-WWII history, as well as the Rockefeller Foundation's role in its establishment and institutional life. Using data sources gathered from a research trip at the Rockefeller Archive Center (RAC) in March 2018, I offer some provisional views on the Institute's influence to this corps of Filipino sanitarians, as well as the Institute's location in the history of colonial and postcolonial biopower in the Philippines. 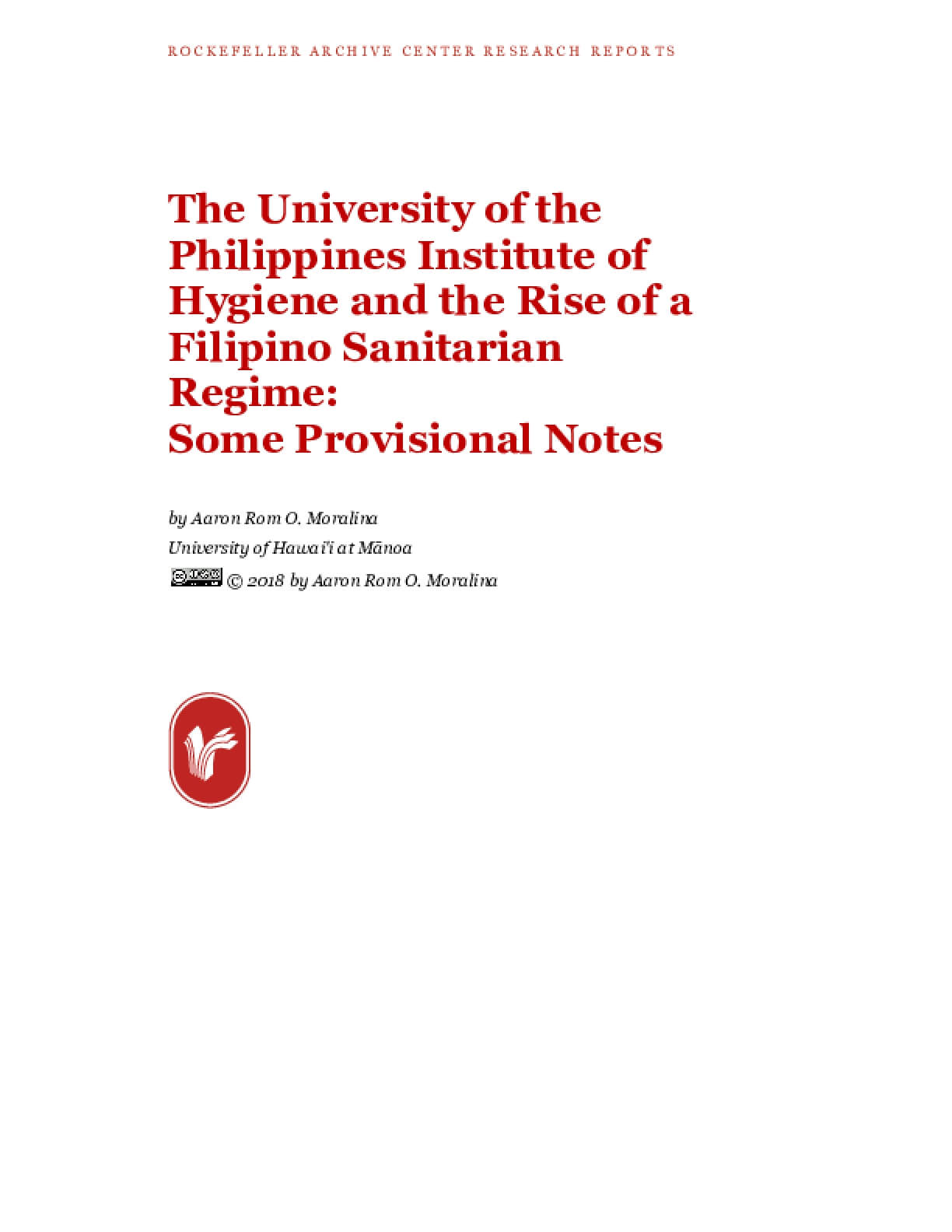