Give2Asia, a US-based social enterprise, announces today the release of a report on disaster recovery work in Nepal to mark the first anniversary of the 7.8-magnitude earthquake that hit near Kathmandu on April 25, 2015. Within hours of the quake, Give2Asia responded with a program with its network of local Nepali nonprofits to support immediate and long-term needs. The earthquake killed more than 8,800 people and left 3.5 million people homeless. On May 12, just as the shock of that event was wearing off and people began to rebuild, a 7.3-magnitude aftershock hit, killing an additional 153 people. Give2Asia partnered with corporate, foundation and individual donors. Facebook made a commitment of $2 million to support locally-based organizations in long-term recovery with assistance from Give2Asia. Johnson & Johnson and EMC, among others, raised substantial amounts with employee giving campaigns. To date, Give2Asia and its donor partners have 1) provided both temporary and permanent shelter, 2) health services and health education. In addition, projects have provided foundational elements of the rebuild like electrical grid access in remote areas and radio transmissions, which serve as most people's primary source of information. Give2Asia anticipates continuing to support recovery work through 2016 and into 2017. 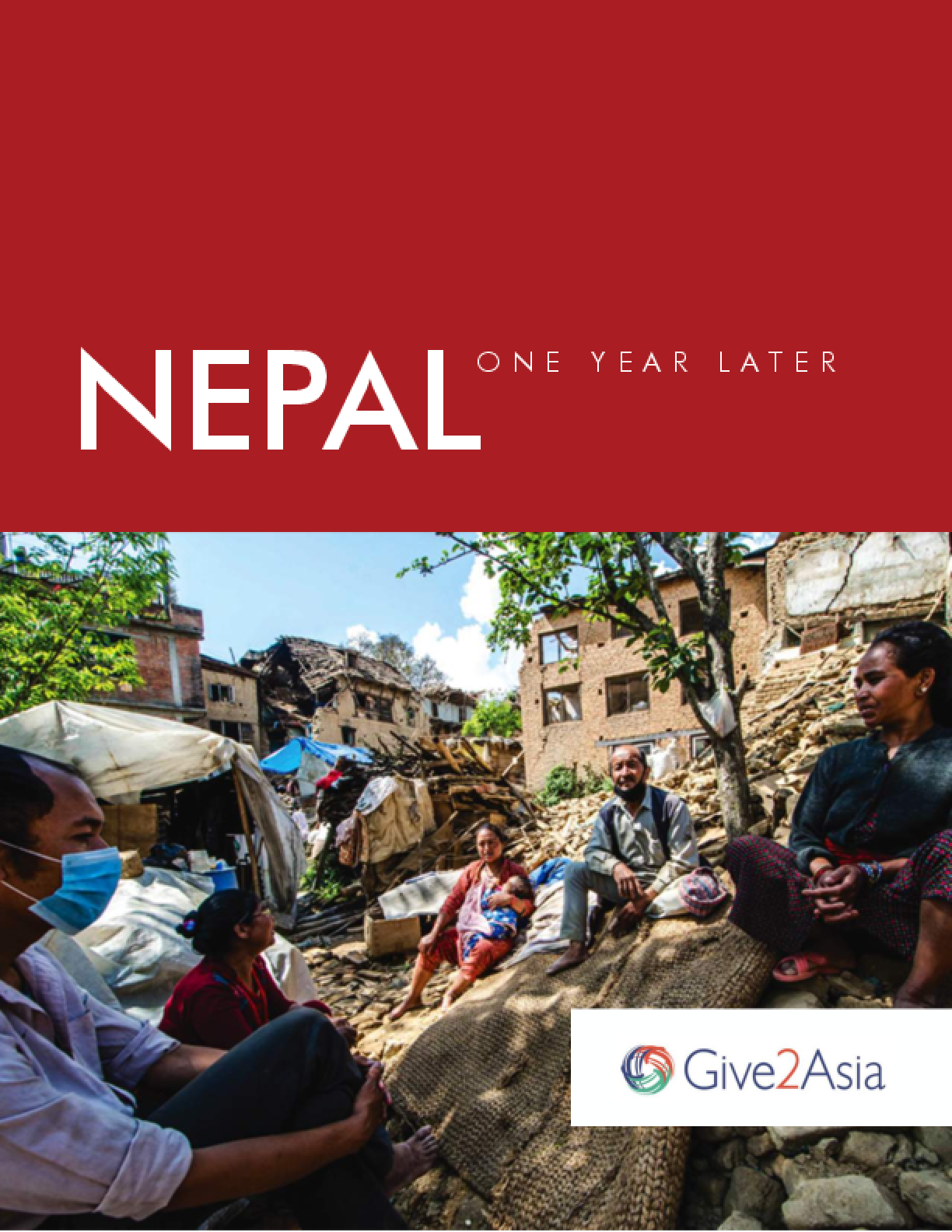