This project examines the politics motivating the expansion and institutionalization of the fields of foreign language study and American studies in the United States and internationally during the Cold War. Both fields were considered to be ancillary to the United States's assumption of an international leadership role in the postwar years, and were mobilized as front lines in the Cold War. American studies faculty taught other scholars, students, and members of the public about the nation so that they would, in turn, convey their knowledge about it to colleagues and compatriots.  Language scholars, in turn, championed foreign language study as a means of resisting political isolationism. By demonstrating the myriad ways that scholars in these fields used their teaching, scholarship, and administrative efforts to complement official U.S. efforts to win "hearts and minds" around the world, I reveal how these fields functioned, in effect, as vehicles for soft power from the 1950s through the 1970s, even as they expanded the practical reach and prominence of the humanities both domestically and abroad. 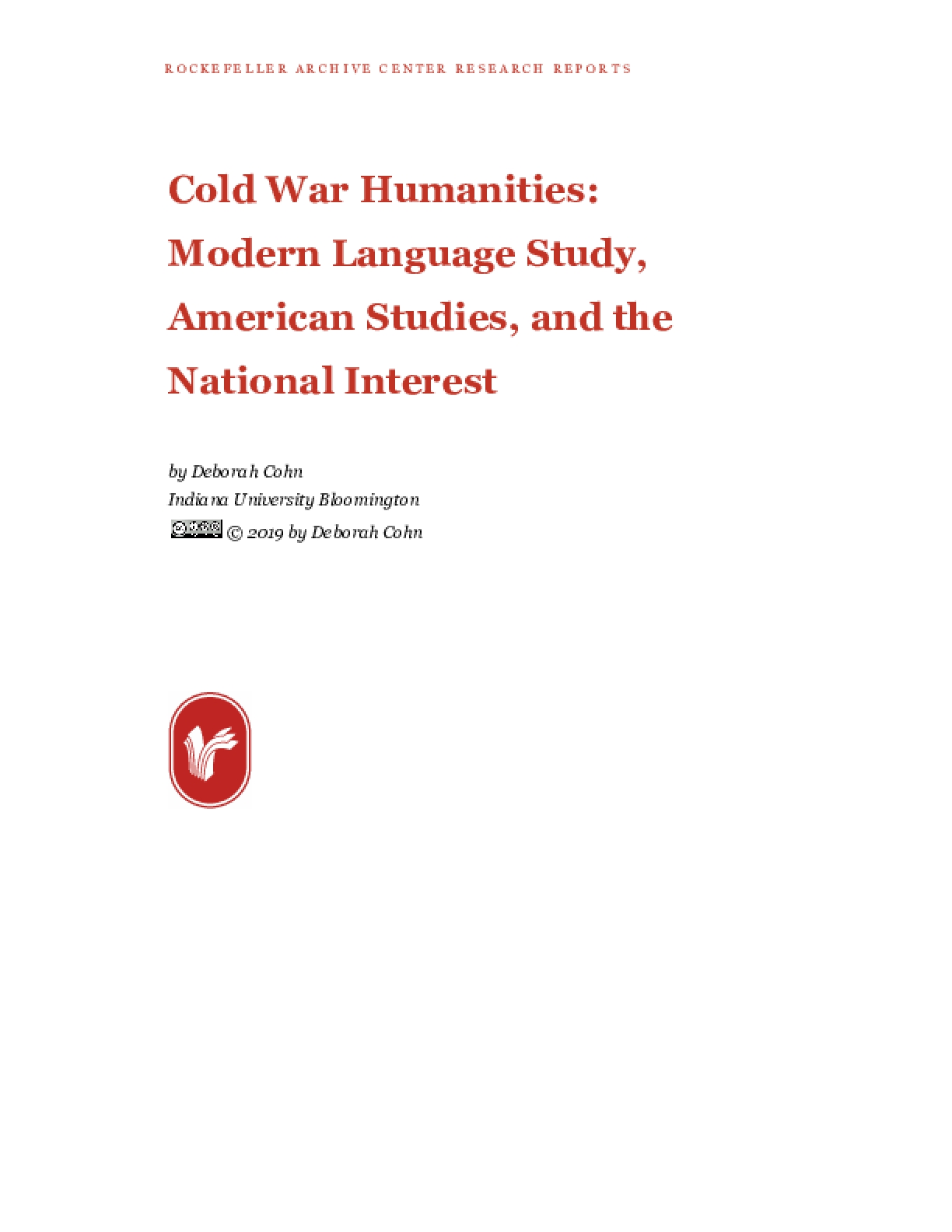